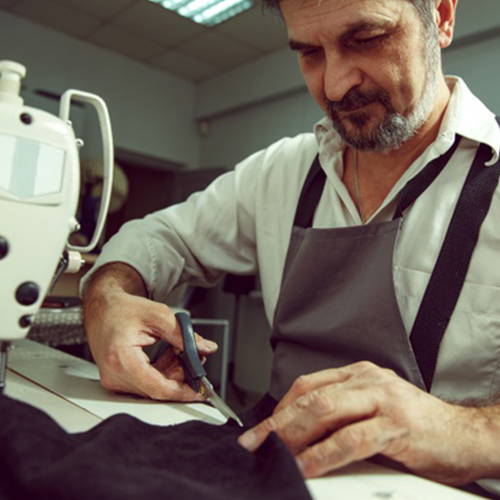 Mr. Robert Parker, our belt designer grew up in a furniture-making family with a strong Do-It-Yourself work ethics. Under his family influence, he fell in love to make things with his hands since young. His passion in belt-making was developed after a graduation vacation with his college friends. As a perfectionist and a doer, he studied everything about the belt such as the belt mechanism, the fabrics, and the belt-making process. His passion in belt-making attracted the participation of his friends and led to the establishment of NYLONBELT® after countless experimentation in producing their first belt
UNLIMITED LIFETIME WARRANTY - We made your belt, not some factory in another country. Our craftsmanship is on trial with every belt we produce. From the engineering to the manufacturing, we are responsible for making sure your belt works better and lasts longer than any other belt you’ve ever worn. If that doesn’t happen, we will stand behind our work by repairing or replacing any belt that doesn’t keep up with whatever you throw at it. And if your strap or buckle does break, we would sincerely love to know how you accomplished such a feat! Reach out to us sales@nylonbelt.com.